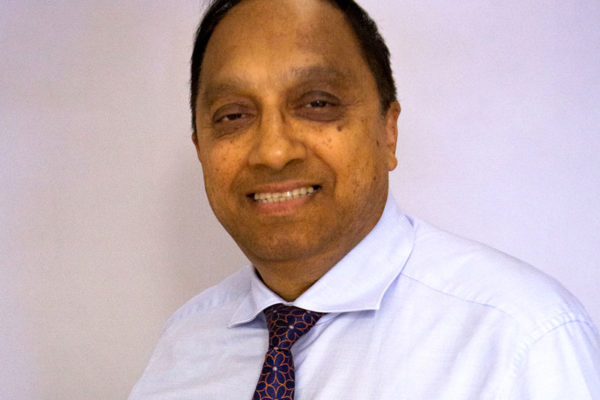 Dr Anil Ramdeo’s journey first began when he was awarded a UN Scholarship to study medicine in University College Dublin – National University of Ireland. He graduated from the University College of Dublin in 1981. He then obtained a Postgraduate qualification in Gynaecology & Obstetrics in Belfast, Northern Ireland. Dr Ramdeo continued to pursue a higher purpose & qualification and proceeded to sub-specialize in reproductive medicine under the mentorship of Professor N. Thompson and Dr Anthony Traub, at the Regional Fertility Unit in Belfast. With the guidance of these mentors , Dr Ramdeo also trained as an Andrologist and worked as a Senior Research Registrar in reproductive medicine and as a Consultant in Obstetrics. He also furthered his laboratory experience in Andrology and In-vitro fertilisation under the mentorship of Reenie Richards, Margaret & Sheena Robinson – all from the regional fertility Unit in Belfast.

Doctor Ramdeo returned to South Africa in 1992 and worked as a consultant in Obstetrics & Gynaecology and also as the Head of the Endocrinology & Fertility unit at Nelson Mandela School of Medicine. In the very same year, he went on to set up the first fully functional fertility unit in Westville Hospital, with Sandy Slogrove as his embryologist. Together with Sandy Slogrove, Razia (Surname) and Sheena Robinson (Regional fertility Unit – Belfast) they established the fertility unit and went on to set up laboratory facilities to execute their goals as a fertility unit. They achieved their first IVF pregnancy within the first month following the setup of the unit. With the growth of the clinic, Dr Ramdeo, along with his Senior Embryologist – Kinnon Naidoo, aspired to provide cryobanking facilities and went on to set up the first cryobanking facility in KZN. This provided services for fertility patients, cancer patients as well as patients undergoing treatment for medical conditions that may affect their fertility. Cryobanking facilities allowed the clinic to be the first to execute frozen embryo pregnancy in South Africa. Dr Ramdeo and Mr Kinnon Naidoo continued advance their unit and also to establish the first ICSI facility in Westville Hospital. This allowed them to execute the first frozen embryo pregnancy in South Africa. In 2006, Care Clinic became an independent free-hold fertility clinic- the very first of its kind, in the heart of Westville, located at 21 Jan Hofmeyer Road.

Doctor Ramdeo has been a infertility specialist and consultant for over 25 years. He is also currently a tutor, moderator and examiner for Clinical technology studies, B Tech Studies and Masters degrees in B Tech Studies.